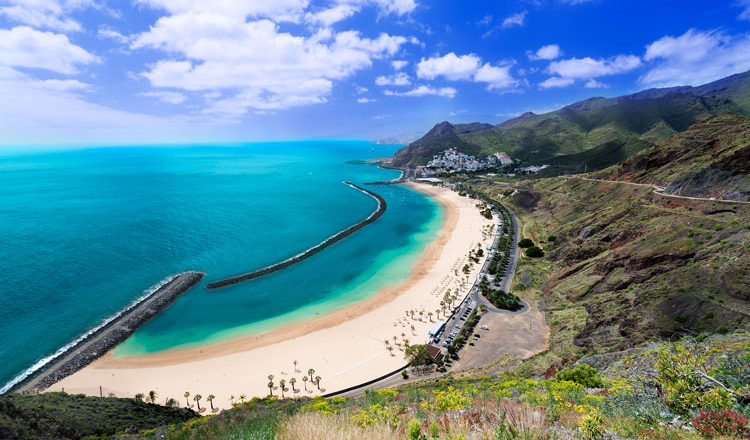 Tenerife is a popular place because of the fantastic weather, cheap cost of living, beautiful beaches and loads of entertainment and things to do. There are, however, the island has a number of secrets and we are going to let you in on them! Continue reading to discover some things about Tenerife that may surprise you.

Believe it or not, there is a mountain range on the moon with the name ‘Mounts Tenerife’. The reason it got this name is because it was first observed by an astronomer from the summit of Mount Teide.

There is a beer called Dorada that is brewed on the island and is not found anywhere else in the world. When you get caught by the traffic officials, the ‘SP’ on your number plate actually stands for “servicio publico” and not Spain like many people think it does.

Brian May from the band ‘Queen’ was visiting the Observatorio del Teide at Izana when he was studying astronomy and this is where he wrote the song ‘Tie your mother down’.

Tom Cruise stopped in here to buy a roll of film at a shop ,which used to be situated next to Rumors restaurant in the early 90’s. The shop now serves as a bar.

A number of international movies have been rumored to have been shot on the island, but the fact is that only ‘One million years BC’ and ‘Clash of the Titans’ were actually shot here.

The maze of underground passages underneath Icod de los Vinos covers over 10 miles and forms one of the longest volcanic tunnels on the planet.

On the 3rd of May every year, you will have the opportunity of seeing one of the most spectacular fireworks displays ever. It lasts for over three hours and about 6000kg of explosives are used to light up the night skies that evening.

The beach of El Médano is 2 kilometers long and this makes it the longest beach in Tenerife. Lots of soft sand to laze around on while soaking up the sun’s rays!

Up until 1974, there were no speed limits on the roads of Spain. Since Tenerife is part of Spain, these rules or lack thereof also applied to the people on this island.

The Spanish word for wife is espousa and if you use this as a plural, it means ‘handcuffs’. Strange, but true!

There you have it! Some fun facts about Tenerife that you may not have know before today. Enjoy exploring this funky little island!