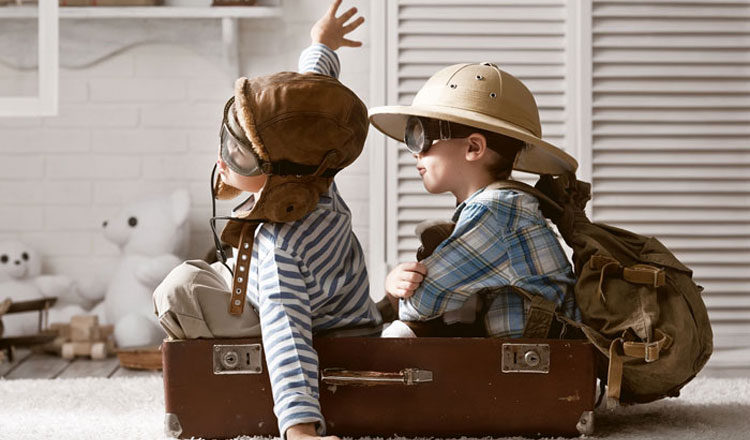 Travelling with a children can often be a parent’s worst nightmare. It’s often hard to keep little ones entertained on a flight, sometimes leading to plenty of crying and some dirty looks from fellow passengers. However, there are things you can to make the experience a lot easier for both you and your child.

Load Up Your Phone with Apps

The best way to quieten the kids down on a flight is to give them a phone, with plenty of child-friendly apps they’ll love to play with during the restless hours. You will never be so happy to own a phone!

The worst thing you can give your child before or during a flight is sweets, because they could become hyperactive and restless. Instead of sweets, pack a variety of savoury snacks, such as breadsticks, sandwiches and fruit.

If your child is a little bit older and is able to write, why not encourage them to start a travel journal – which they can start on the flight. Not only will it keep them occupied, but it will help improve their grammar skills, provide them with an awareness of the surroundings and it will make a good keepsake once the holiday has come to an end.

The last thing you will want is to have is a messy child on a flight, because this can sometimes lead to tantrums. Have some baby wipes to hand, so if they do make a mess you can come to the rescue and clean them up.

While you might not like to watch too much television, it might be a good idea to make an exception when travelling on a plane. This will help stimulate a little one once you’re in the air, so they’ll completely forget about their environment.