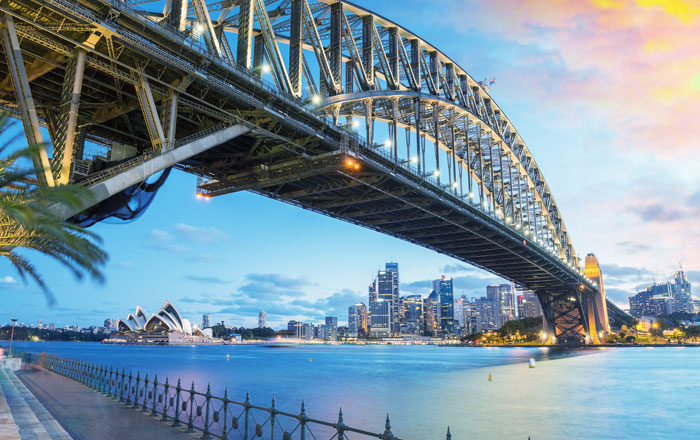 Australia is a fascinating country with so many amazing landmarks. If you plan on parking up your car at the airport and heading down under, here are the must-see landmarks you have to visit during your trip to Oz.

What more can we say? This landmark is more than likely the most famous in Australia. It has sail-like arches, which dominates its structure. The Sydney Opera House is to Australia like the Eiffel tower is to France, or the Colosseum to Italy. On the 20th of October 1973, Queen Elizabeth II opened this structure up to the public. It has since become the world’s busiest venue. More than 3000 performances are hosted here every year and over 2 million audience members attend annually. Just over 200,000 people visit this amazing place every year through guided tours.

This place is known locally as The Coat hanger. Is the world’s most massive steel arch bridge with the highest point soaring 134 meters above the harbour below. The bridge opened in 1932 and is still an architectural marvel to this very day. Images of the bridge are recognized by people all over the world. For a small fee, visitors can take advantage of the Bridge Climb where they are escorted into the network of catwalks. This is where you will see the most spectacular view of Sydney Harbour. You are allowed to take The Bridge Climb during the day, twilight, or at night.

Uluru, was known as Ayers Rock and it is the world’s biggest monolith, (single piece of stone). Uluru is the name given to the monolith by the local Pitjantjatjara people. The desert surrounds this huge sandstone formation. It is sort of like an iceberg in the cold seas. Most of Uluru is hidden underground, but above ground it is 348 meters high and has a circumference of 9.4 kilometres. Guided walking tours are available and Uluru is popular for its striking appearance. It seems to change colour at different times of the year.

Australia is a land full of natural wonders, but the Great Barrier Reef is most definitely the most famous of all. It is the world’s largest coral reef system and it stretches on for 2600 km. Taking up and area of over 300,000 square kilometres, this is the only structure that can be seen from outer space. The dugong, Loggerhead turtle and a variety of dolphin species all call this place their home. With over two million people visiting this area each year, it is easy to see why it is a popular tourist attraction. People are debating how the many feet walking on the coral could be affecting the fragile environment. 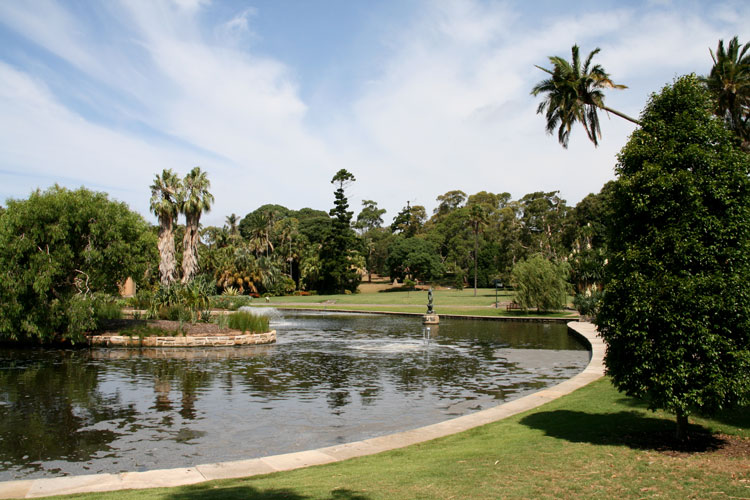 These gardens were opened by Governor Bligh in 1816. It is situated close to the middle of Sydney, the Opera House and offers visitors the most amazing views of the surrounding urban area. There are over 7500 different species of plants in the 30 hectares that make up these gardens. Visitors can enjoy a number of presentations throughout the year, take guided tours through the gardens, the Government House and there are even Aboriginal heritage tours that you can take part in.

Port Arthur is a fabulous tourist destination full of Australian history. Founded in 1830, Port Arthur was originally served a timber station. Industry came after that and by the 1840s Port Arthur over 1100 convicts. By the 1870s the convicts were no longer there and all that was left was the buildings, which were not destroyed by fires in the late 19th century. Tourists started to flock in. The preservation of this area as a historic site was established in 1916. There are archaeological studies that are still being conducted today and they continue to dig up more of the penal colony past.

This place is most well known for the unusual lifestyle of its local residents, who live underground all year. This started when a local resident was trying to get away from the heat. This was way before air conditioning was invented. Coober Pedy was first established in 1915 as an opal mine. You are now allowed to visit the underground churches, the old opal mines, and stay in an underground motel. You can play night golf at the local golf course with glowing golf balls. This area does not have any trees and the golf course has no grass. It also served as the backdrop for the post-nuclear apocalypse film titled Mad Max Beyond Thunder dome.

This is a natural haven overflowing with Australia’s unique wildlife. Koalas sleep their days away in the trees, platypus can be seen in the local streams, and wallabies and kangaroos hop across the wide-open spaces. Kangaroo Island is a tourist hotspot, because it is one of the only places in Australia where so much wildlife can be seen in their natural setting. There are many caves and striking rock formations in this area that will make you want to capture them on film. Reeves Point on the island is a place rich with history and a popular place for tourist to visit.

These unique, beehive-shaped sandstone formations located in Purnululu National Park. The Bungle Bungles were only discovered by others in the 1980s, but the Aborigines knew about them for a long time before this. This area, located 250 kilometres south of Kununurra was discovered by mistake by TV crew, and that is the only reason why we know about this remote place. It is rather difficult getting there and the first 80 kilometres of dirt roads can only be taken on with a four-wheel drive.

This is the most famous monolith in Australia. Castle Hill is another one and is a massive pink granite rock. Paved roads take you to the top of Castle Hill and offer you the most excellent views of Townsville. In WWII there were military bases and defensive batteries built in this area. There are rumours that underground tunnels and a bunker were built under Castle Hill. This may be why so many people flock to see this mysterious area.