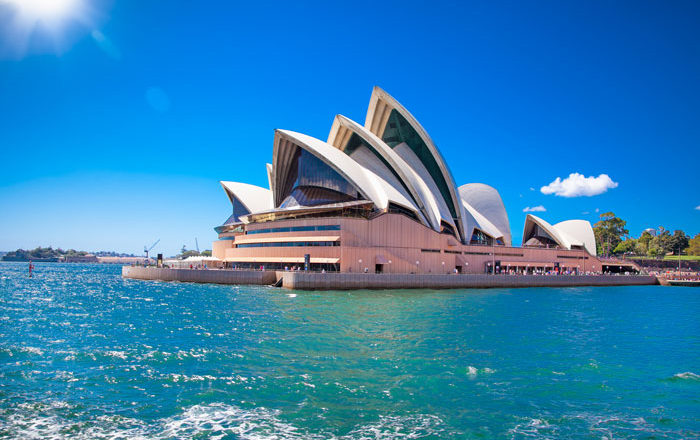 There are always a number of famous people visiting Australia every year and who knows who will be making an appearance this year. Guess you will have to keep up to date with the latest events that are making there way to Australia.

A visit to Melbourne is just not the same without the Australian Formula 1 Grand Prix, which takes place in March. Other sporting events that you need to see are the cricket, Australia’s great cycle race, the Tour Down Under and the Australian Tour de France champ Cadel Evans.

Sydney livens up at the Australian Fashion Week, which normally takes place in May. The Sydney to Hobart Yacht Race in December is another event that you will not want to miss. Find a patch of grass near the water and watch the harbour come alive with sails. The Gold Coast hosts muscle-bound surf-lifesaving carnivals in November, while south Melbourne hosts the legendary Melbourne Cup horse race. Be sure to put down some cash on your favourite horse and sit back and relax in the shade while you watch in anticipation.

Most travellers arrive sometime between December and February, when Sydney, Melbourne and Brisbane are warm and sunny. Beaches are packed full of holiday-makers, outside cafés tables are overflowing, the long evenings turn into party nights, but you will be facing peak-season accommodation prices when half the world is also here, public transport and queues at the main tourist attractions will be jam-packed. Visiting in October/November and March/April are definitely better times to visit if you wan to avoid loads of crowds.

Summer here means that it is hot and humid up north and the ‘wet season’ is rather uncomfortable in Australia’s tropical Top End. Try to plan your visit here for winter from June to August, because the ‘dry season’ is bearable. Winter is also the best time to visit the central deserts.

If you are the type of person who lives for good coffee, bookshops, live music, pubs and galleries, go straight to Melbourne. Sydney has some absolutely awesome surf beaches, funky shops, world-class restaurants, trendy clubs and viby bars. Brisbane is on the up and up; Perth is the world’s most isolated city of its size (1.69 million).

Nature lovers should hit Australia’s national parks. Kakadu is a tropical wonderland filled with crocodiles, raucous birdlife and ancient rock art. Darwin was voted one of Lonely Planet’s top 10 cities of 2012.Uluru-Kata Tjuta is situated in Central Australia and is hauntingly beautiful. It is also a wonderful place to experience Indigenous Australian culture. Snorkelling on Queensland’s Great Barrier Reef is mesmerising and Tasmania’s St Clair National Park hosts the Overland Track, one of the worlds most celebrated multi-day hikes.

South Australia is for you, if you are a lover of wines. The Barossa Valley and McLaren Vale known for its Shiraz, Clare Valley known for the wonderful Rieslings, Coonawarra (Cabernet Sauvignon) and Adelaide Hills (Cabernet Sauvignon and Pinot Noir) are all places that you should not miss.

Australia does not have many big inland towns like the USA, so driving around here means that there are huge distances between your destinations. Flying is a much better for a quick city-hopping visit. Australia’s domestic airlines are reliable and affordable. The Great Australian Road Trip awaits you if you are not in a big rush! Explore the beaches along the east coast or take a detour to the scenic island state of Tasmania.

Whether you decide to drive, fly or hire a motorbike to get around, the entire Australia is a magical place that is just waiting for you and your family to explore.